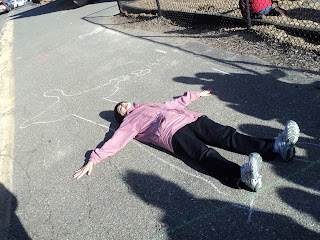 Our class read the book Moonbear's Shadow. In this book the bear tried to get rid of his shadow without success.  When it was noon, his shadow disappeared when the sun had moved above him.  To prove the point that the sun moves in the sky and changes how a shadow is cast on the ground, we had Pat to stand in the same spot 3 times during the day.  Lisa B. traced Pat's shadow each time.  We observed how Pat's shadow was biggest in the morning and became shorter as the sun was moving up in the sky. 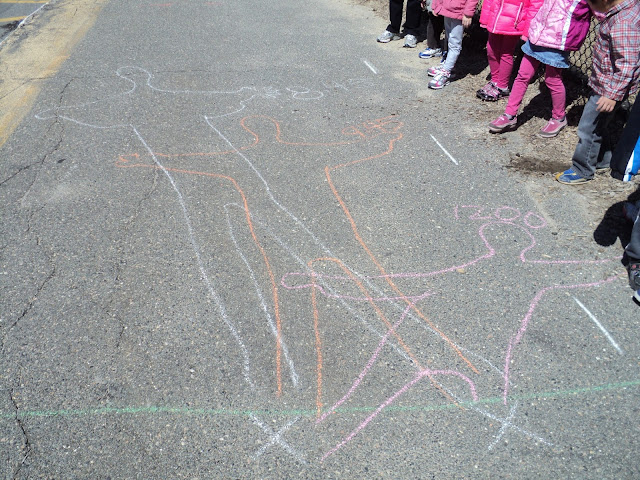 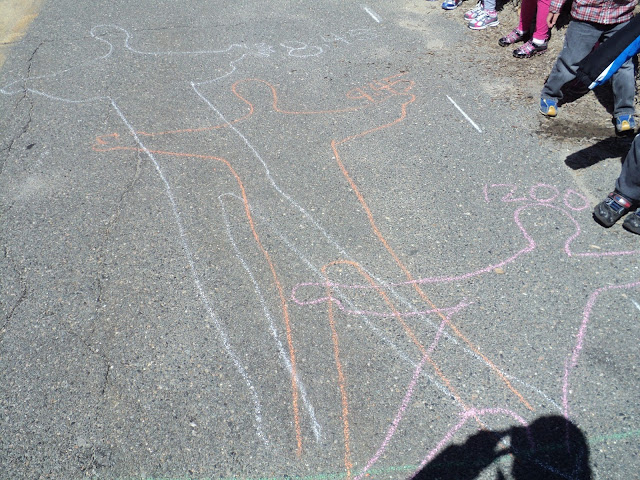